The Assessor’s Office is a Department of local government governed by the California Constitution and the laws passed by the Legislature. The office is managed by an elected official that serves a four-year term. Kristen Spears has served as Assessor since 2008. She was re-elected Assessor in 2010, 2014 and 2018. 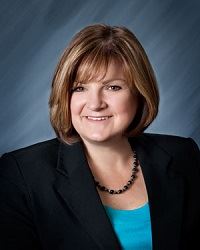 Kristen has been a Placer County resident for over 25 years, working and raising three children with her husband. She is a graduate of California State University of Sacramento, obtaining her Bachelor of Science degree in Business Administration with a concentration in Accountancy. Her hobbies include family, horseback riding, and travel.

Kristen joined the Assessor’s Office in 1997 as an Auditor Appraiser, later working as the Assistant Assessor and Operations Manager for four years under Assessor Bruce Dear, prior to her appointment to Assessor in 2008.