What Is Crime Analysis?

Analysts are responsible for identifying patterns, series, trends and hot spots of crime through the daily examination of crime reports and calls for service.  By reviewing reports on a daily basis, Analysts can link together crimes, persons, and modus operandi to answer the who, what, when, where, and sometimes the why.  Crime Analysts routinely produce bulletins, reports, and mapping products.  They assist with long-term research and analysis projects such as beat redistribution studies, call volume, and statistical reports.  Analysis are often called upon for immediate requests of information on persons and places or assisting with in-progress incidents. 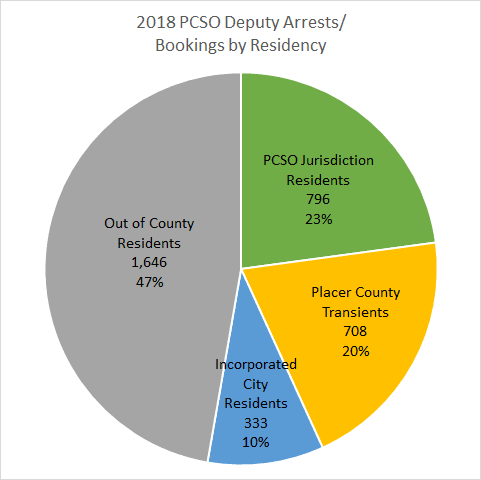 2019 was a big year for the Crime Analysis Unit. In March, the unit launched the new beat map; the culmination of a two-year project to meet the Sheriff’s Strategic Plan objective of evaluating “personnel deployment efficiencies & plan for future growth”. The unit conducted a staffing analysis highlighting response times for Priority 1 calls for service, deputy-to-resident staffing ratios, Will-Serve Letter commitments and PCSO arrest/ “petition to appear” statistics based on the city in which the arrestee resides. The results were enlightening and showed how much of our daily workload is driven by people who do not live in our jurisdiction. The unit worked with patrol to develop sets of critical incident maps covering the entire county. Using these maps, an incident commander can quickly gain situational awareness and deploy and track responding units. A dynamic digital version of these maps will be available to all responding deputies with near-real time updates on unit and personnel locations, evacuation notification status (fires), locations searched status (missing persons) and more.

Additionally, the unit assisted in:

The unit also showcased their upcoming mapping and statistics dashboards to other agencies in the region who are looking to PCSO as a model to build their own system.